The Pathway Players Present – Into The Woods, Jr. 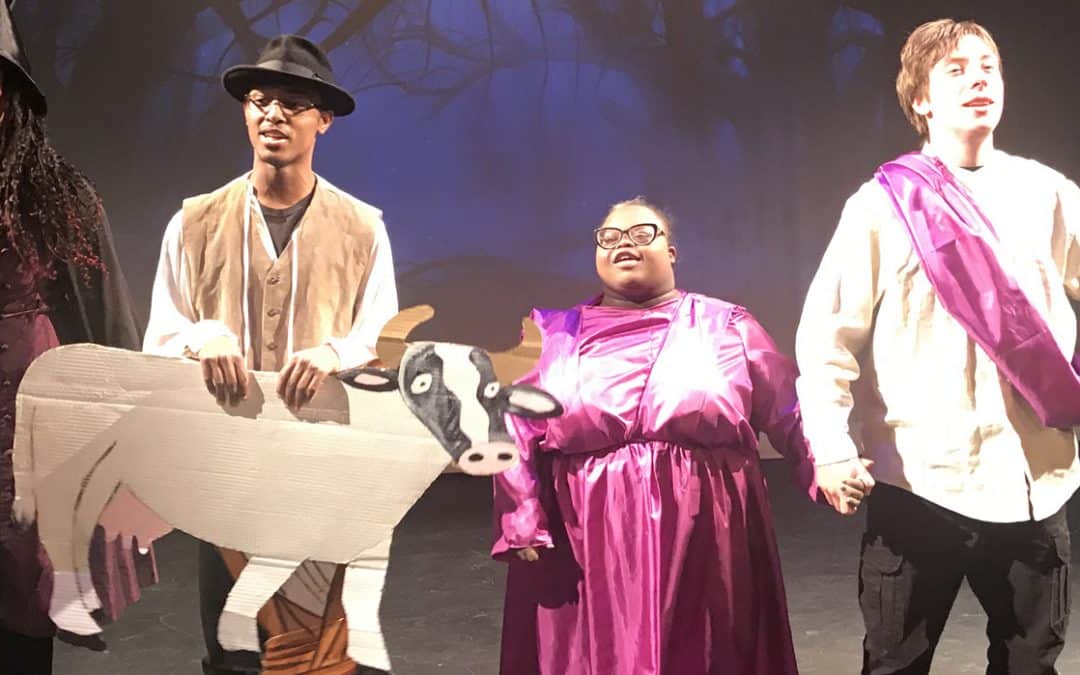 The Pathway Players gave three fabulous performances of the musical, Into the Woods, Jr. The cast of 10 took on the roles of favorite storybook characters such as Cinderella, Little Red Riding Hood, Jack (and his beanstalk) and the Witch. The story also includes a Baker and his wife who wish to have a child, but are unable to due to a witch’s curse. The couple ventures into the forest to find what is needed to reverse the spell and bring back the witch’s beauty. On their journey they meet up with these beloved fairy tale characters.

Directed by Pete Pryor, the cast included seasoned actors as well as first time performers. Parents, teachers, peers and friends in the community were entertained, laughing and applauding as the actors gave amazing performances, which became more fine-tuned with each show.

Special thanks to Shanell Coleman for making the costumes, backstage managers Dan Zippay and Karen Boettger and Amy Schuler and her art class for creating the colorful props.